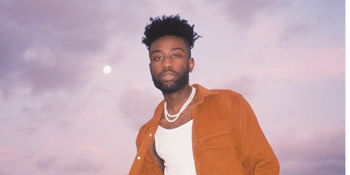 Perth-based singer Adrian Dzvuke can’t be stopped, returning with his first single of the year, Take Your Time. The track arrives after a blitz of hit singles in 2020 including the WAM-Award winning Bad Like Ri Ri and MTV Australia-featured Feelin’ Myself. Adrian's energetic live set has also seen him play a long list of impressive performances including his own sell out shows and support slots for Spacey Jane, POND, San Cisco & more.

Adrian Dzvuke will be debuting Take Your Time at the Rosemount Hotel on April 23rd with a fully reimagined live set, and support from the incredible Your Girl Pho, Jewel Owusu & DJ Sara T.