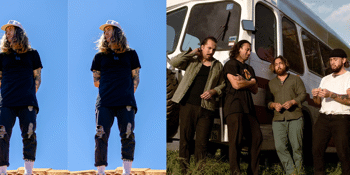 Hailing from the town of Albany, WA, Marksman Lloyd is a songwriter, rapper and spoken word artist. After a successful national tour off the back of his latest EP Portals, Marksman has been locked away working on new material. A near brush with death in July of 2019 meant that this was put on hold but ultimately the incident informed the direction of the new material as Marksman battled through the resulting PTSD, depression and anxiety associated with the event. The multi-award winning songwriter (including WAM song of the year), national poetry slam and scribble jam battle champ, has completed three successful national tours thus far as well as supporting the likes of Macklemore and Peking Duk. Marksman has started making waves in South East Asia too and at present has garnered well over a million streams on Spotify. After a co-sign from Gene Simmons, himself in support of Marksman’s single by the same name, the former triple I unearthed feature of the week artist has continued to blur genre lines and break boundaries with a solid backing from radio and digital platforms alike. Marksman’s new single ‘Water’ featuring Jeswon (Thundamentals) is slated for a November release and will be the start of a new chapter for the boy from a small country town, who’s fought tooth and nail over the last few months to make a full recovery and get back to doing what he does best.

Coterie, 4 brothers from Perth who grew up on their parents hand-me-down RNB mixtapes but fell in love with the electric sounds of Jimmy Hendrix guitars. Tyler, Joshua, Brandford & Conrad encompass an authenticity often lost in modern music, Their blend of indi rock meets pop is shared through records made in their lounge-room, telling stories via lyrics drawn from real life experiences with melodically rich vocals that bring a raw narrative heat to the songs, their live shows harness a lifetime of musical blood that evokes feeling, one that you can only get when 16 years of jamming simply speaks for itself.