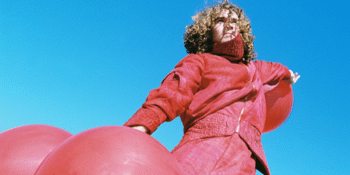 with Asha Jefferies & Smol Fish
Rosemount Hotel (North Perth, WA)
Friday, 16 September 2022 8:00 pm
37 days away
18 Plus
Australian Artists
Send this event to
Fremantle/Walyalup singer-songwriter Noah Dillon announces his debut album, biggest ever national tour, and shares a new single and video for ‘Nothing Matters’. Following the April release of ‘Drifting Apart’ the second take from his forthcoming LP, has all the early ‘90s tinged indie-rock elements that Dillon is known for.

‘Nothing Matters’ was written about being in a love bubble with a partner and the feeling that nothing can bother you while you're in that realm. Dillon had written the track after being inspired by UK group The Magic Gang who, like Dillon, bridge the gap between early ‘90s aesthetics with a new pop intention. The track is filled with lush instrumentation and vocal arrangements that are irresistibly catchy and memorable, with rich guitar, bass and drum syncopation that keep the song floating along with a carefreeness that is infectious.

The anticipated release of his debut album, Kill The Dove, out August 12th via Dew Process and Universal Music Australia is just the beginning for Dillon. He sees the album as the first stepping stone in a long-lasting musical career and something that he's been planning for since he wrote his first song at age 16. That narrative for Dillon has never changed during that time either. He’s always found writing about the specific – his own relationships and interactions – has produced a universal appeal that has assured him that he’s on the right path as an artist and a creative force.

“It’s a bit of a coming of age record,” says Dillon of his debut LP, “I was figuring out who I am while writing the record. Having a real clear vision of what I wanted to do with my life, and then having two and a half years not being able to travel was a minefield to get around. I’ve never been good at staying still. I’ve always been moving, still’s never been good for me, so it’s been such a learning curve of three years of learning how to be peaceful. When I go back to this record I’ll be able to hear where I was and how far I’ve come”

Across the 12 songs on Kill The Dove (produced by Andy Lawson) Dillon shows his capability to express a broad spectrum of sounds and shades. From effervescent, boisterous pop (‘Drifting Apart,’ ‘Drip Dry’ and ‘Nothing Matters’) through to tender, introspective moments (‘Comfort Is Not The Reason,’ ‘Who You Used To Be,’ ‘Hold Me In Your Arms’ and stunning album closer ‘Don’t Go Away’), it as an album that swerves into post-punk at times (‘I Can’t’) and even boasts a collaboration with international indie punk Queen, Sarah Tudzin of Illuminati Hotties – ‘Broken But It’s Working.’ Their teaming up is yet another example of how Dillon maximised the slow time in lockdown teaming up with the famed songwriter and producer over Zoom.

Noah Dillon's electric live presence and ability to write songs that poignantly capture the human condition and spirit has earned him a wide range of praise in Australia and beyond. In 2021 he signed with Dew Process, earned consistent national radio play for singles ‘That’s Just How I Feel’ and ‘Alive And Kicking’, and ticked off a bucket list item, performing triple j’s Like A Version. Dillon and his band have wowed audiences across the country in recent years with headline tours and support slots for the likes of Holy Holy, San Cisco, Spacey Jane, and Teenage Jones. They are now about to embark on their biggest headline tour to date, hitting 12 dates across Australia in August and September.

The new single ‘Nothing Matters' by Noah Dillon is out now, with his debut album Kill The Dove out Friday, August 12 via Dew Process and Universal Music Australia.