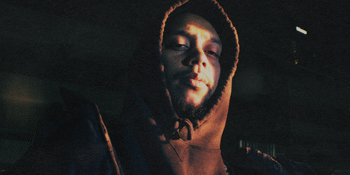 TBA
Rosemount Hotel (North Perth, WA)
Friday, 21 May 2021 8:00 pm
6 days away
18 Plus
Music
Send this event to
In his brief time on the scene, MALi JO$E has already demonstrated a penchant for moving fast. His music conveys a personal story whilst merging elements of contemporary Australian youth culture. Old school hip-hop influences handed down to him by his father have encouraged MALi JO$E to establish himself as an artist years beyond his time, releasing hip-hop tracks you'd expect from a veteran. 2019 saw MALi play Groovin The Moo, be selected as a finalist for triple J Unearthed High and receive a nomination for WAM’s Song of the Year.

Despite a turbulent year, 2020 came with a string of achievements for the 18-year-old Perth local. Premiering on triple j Good Nights, the single ‘This Could Be You’ went on to be added to rotation, while also winning the support of COLORS. While continuing the momentum with ‘Squad’ and ‘Real Or Fake’, the release of ‘Ladybird’ saw a music video premiere on Unearthed and a sold out headline show. Capping off the year with a ranking in the Top 50 Most Played Unearthed Artists and a signing to NICHE Agency for bookings, MALi JO$E looks certain to lead the charge in 2021 with his effervescent, energetic vibrations and strong artistic vision.